Credentials and professional accomplishments include:

Michael is a retired Marine Corps First Sergeant. He served our country for 23 years. Part of his career was spent as a firearms instructor. He attended the Primary Marksmanship Instructor School in Quantico, VA. His law enforcement background includes Marine Corps Military Police, Hull Police, and Plymouth County Sheriff Dept. He also trained with the US Custom and Border Patrol. He served as a Plymouth County Assistant District Attorney after which he had his own law practice for almost 20 years. He has trained with nationally recognized training schools for marksmanship and tactical training at expert levels. As an instructor, he has taught thousands of military and civilian shooters. He is presently employed in the Mass court system. He speaks three languages, is married and has three children; all who shoot regularly. 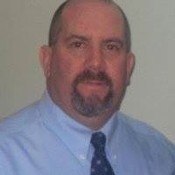